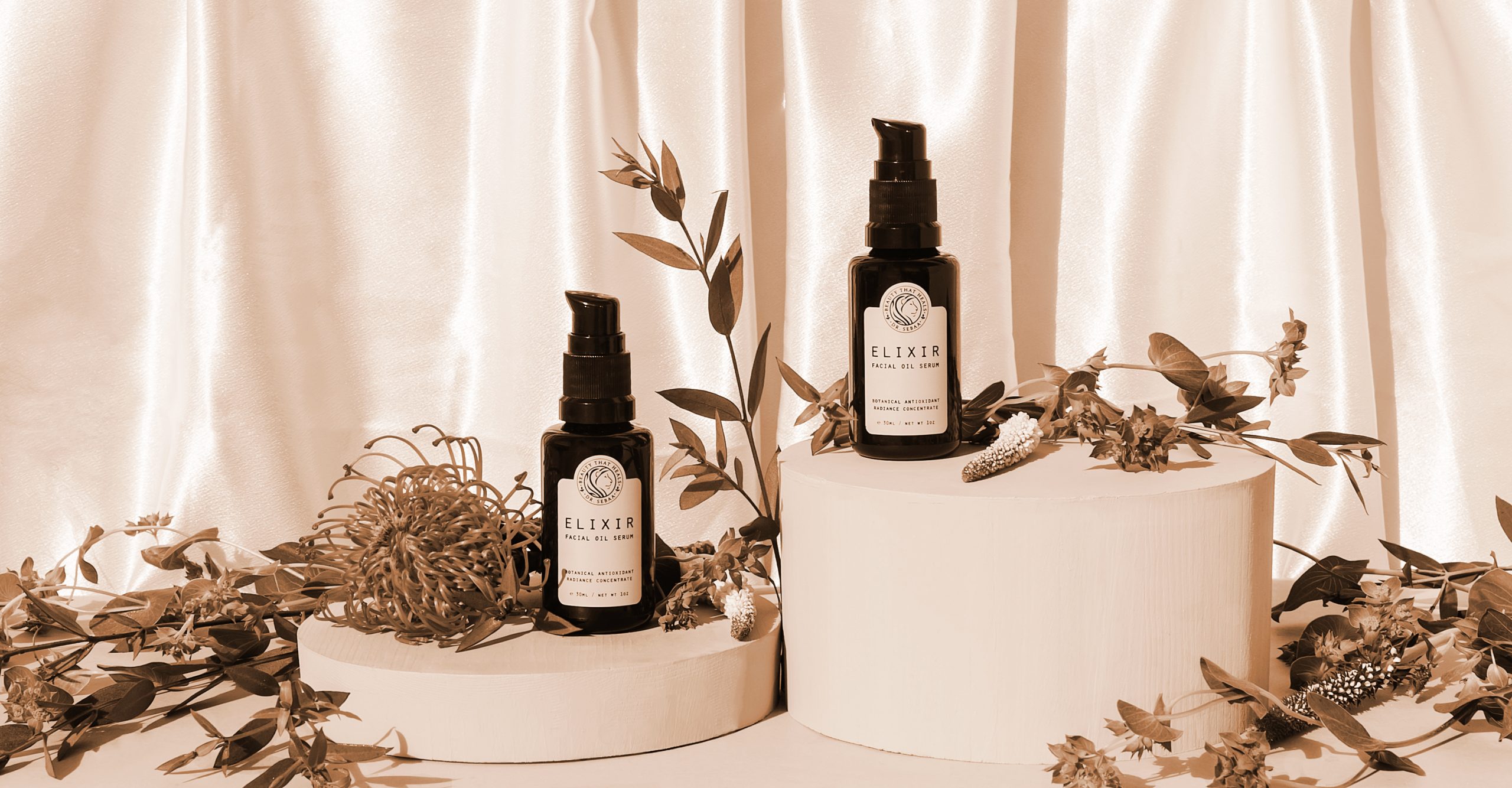 Dr. Sebaa’s ELIXIR – Facial Oil Serum is not your average facial oil. Released twice a year in uber-fresh seasonal batches ELIXIR is formulated with the synergy of classical herbal medicine and modern science.

This blog-post is an expansion to the question below from the FAQ page:

What’s the difference between the variations of ELIXIR: Fall/Winter [FW] and Spring/Summer [SS]?

First, let’s talk about what the similarities are. 🙂

The ELIXIR series is designed as a skin ally first and foremost. The formulas work with your smart-skin in modern circumstances.

ELIXIR is a seasonal series (Fall/Winter FW and Spring/Summer SS) of carefully curated facial oil serums that both care for your skin in the following core ways:

1. Lipid restoration. Emollient freshly cold-pressed plant oils nourish and support skin’s elasticity while locking in hydration. This is one of the most ancient ways of supporting skin health.

3. Herbal extracts. From modern patented extracts with skin-smoothing properties to millennia-old remedying herbs with a plethora of phytonutrients, this is skin-loving history in a bottle. Each herb requires a highlight of its own. You can view some of the ingredients featured on the ingredients page.

4. Envoys. Plant-based skin-penetration enhancing bisabolol allows actives to dive deeper into your skin making the overall formulation more effective. This is an ancient concept and the gentlest yet effective method is used in ELIXIR to ensure delivery while honoring the skin barrier. Gentle esters act as envoys as well by allowing the formula to glide evenly across your skin.

5. Mindful aromatics. Carefully extracted and dosed distilled oils/extracts are used for both known skin benefits and mind-quelling properties. The aroma is not simply for scent nor are they there to mask any naturally-occurring odors. By contrast, the resulting aroma is what the formula is made up of—pleasant, non-lingering, and uplifting just in the moments of application. We do not support the over-use of essential oils—for the environment, skin barrier health, and commonly adulterated extracts.

All of these pillars hold the overarching principle of beauty that heals in each ELIXR formula—no matter the season of the year.

Now, let’s get into the differences.

Every single ingredient is carefully vetted throughout the year, which is why ELIXIR is a series that takes into account the changes in nature while honoring what she has to offer.

Peak bio-availability of ingredients is taken into account along with what may be needed more in each season.

Lithospermum is a hardy root often used to quell both external heat damage such as rashes and internal heat toxicity such as rosacea. Interestingly, it’s also used in East Asian medicine to prevent diaper rash in babies as it forms a soothing barrier in a warm environment.

The consistency of the SS Edition is a bit more satin-like compared to the silky-finish of the FW formula. This is due to the higher linoleic fatty-acid and low molecular weight esters compared to FW, which has a richer feel from the oleic fatty-acid dominance.

The feeling might be subtle but the scents are quite different.

SS has a sweeter and slightly astringent aroma while the FW formula has more of a grounding herbaceous aroma – both naturally occurring from the composition of the formulas.

Both formulas are gorgeous and meticulously considered.

Another important note: There’s no singular “hero ingredient” in ELIXIR because each ingredient compliments one another. The sum is greater than its parts.

While each seasonal formula stays very much the same, there may be slight tweaks by year depending on the best bioavailability of ingredients.

This is what sets ELIXIR apart.

May you feel the difference ~ 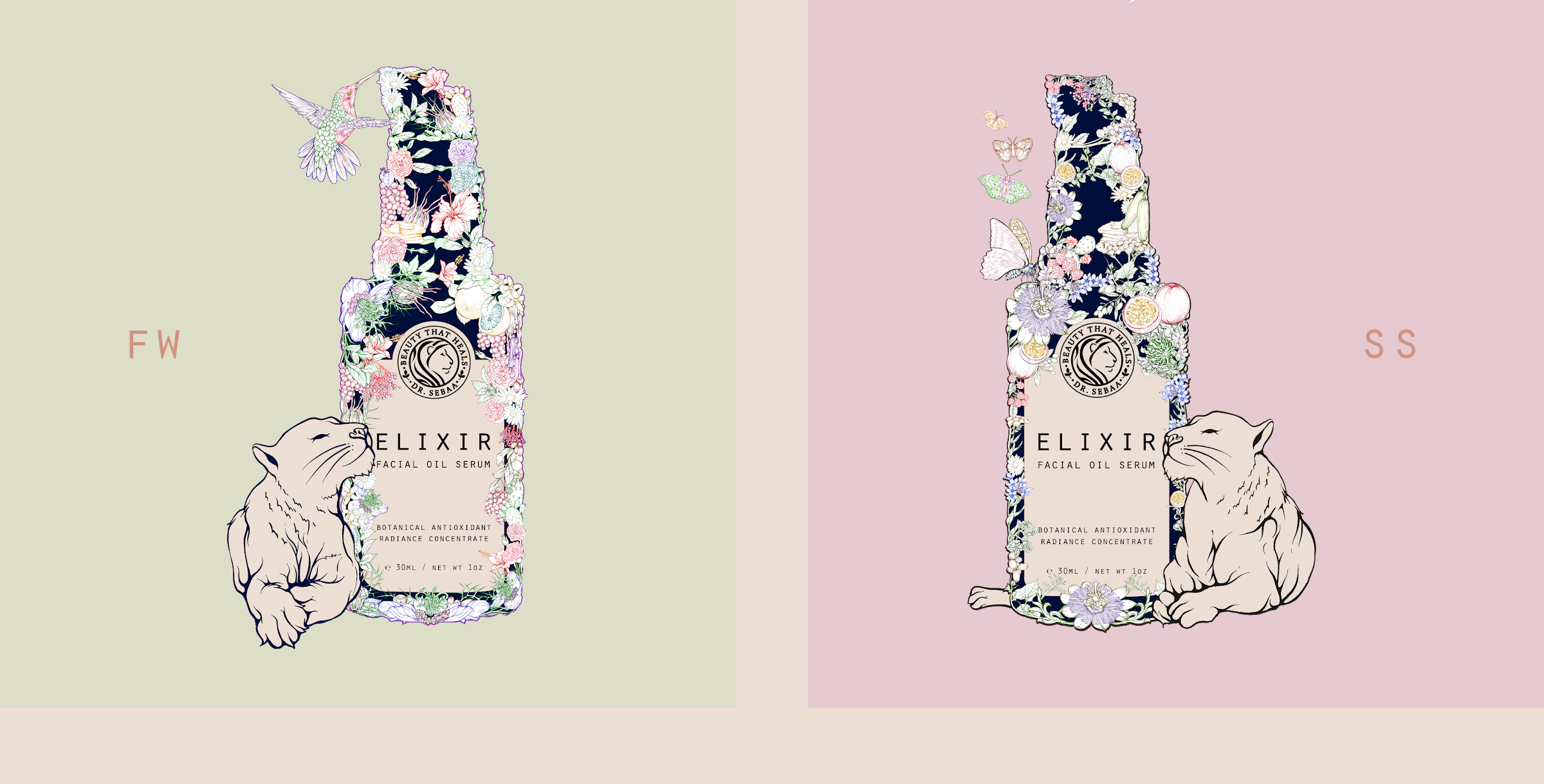 2. Exclusive first-to-know updates and behind the scenes peaks.

*As a guest in your email inbox, messages will be infrequent yet potent to respect your time and space. Nobody likes spam (: Get access to the exclusive newsletter + a gift of morning rituals to keep you glowing.

Thank you so much for your visit.

Unfortunately, we are not able to ship to Pakistan at this time. We encourage you to visit our Stockist Locator for alternative authorized retailers. In the meantime, go explore!

Our website is the very best source of information on every facet of our business from how we source, the experience of our kitchen, details on every single ingredient, what our “born fresh” dates mean, tips and tricks on each product, videos, and testimonials.

If there is anything more we can offer in service to you, we’d love to receive your email at care@drsebaa.com.